After many months with severe buzzing on the HF bands in the evenings it looks like there is a promising lead finally.


The buzzing has been S6 to S9 with the worst being 40m.  It has been especially maddening as sometimes it would randomly stop and the clarity would be amazing.


But what was causing this?  Power lines someplace seemed like a culprit, but where?  Driving around trying to find noise peaks from the mobile wasn't to help as the antenna on the car just wasn't as sensitive as the big antennas at the house and the ignition noise was just as strong as the noise being hunted.


A friend then mentioned how he was having bad noise and found it to be the street lamps on his road.  That after getting the power company to service the lights the bands were once again quiet for him.


So what is up with the lights?  Apparently it is normal during turn on of those popular yellow/orange street lamps for them to make RF noise that lasts a short bit (20 or 40 seconds).


When these lights start to go bad they can sit in a perpetual turning-on state.  They can turn on and as soon as fully on  immediately turn off and then start turning on again.  Or they can sit in a half turned on state.  When neither fully off nor on fully on they make RF noise.


Back to the radio, more buzzing starts but is fainter, perhaps a lamp further away?  More listening and the pattern keeps repeating, sometimes stronger, sometime weaker, sometimes overlapping.  But it is a buzzing that occurs for a 10s of seconds and then goes away.  Yes it makes sense, it is the different street lamps coming on in the area.


Eventually a buzz picks up and doesn't go away expect for the occasional few seconds.  Perhaps this is a faulty light?  It is now dark out, all lights should be on.  The street lamps that can see from the house are all fully on, but are there any in the area not working right?  Its time for a drive.


During a drive around the neighborhood reveals three street lamps stuck in a half on condition, one turning off every time it turns on and two completely off.  A total of 6 faulty lights within a mile.  One of the ones completely off is behind the house and if that is making noise that could be the biggest culprit.


With the pole number recorded for the problem lights and reported to the electric company now we just need to see how long it takes for them to get fixed and see if this resolves the nighttime buzz.


Keeping our fingers crossed on this one.
K2EZ

What is in your GO KIT? 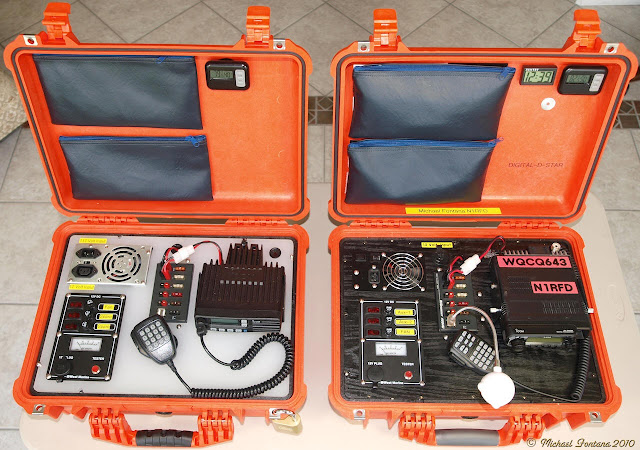 
University of Pittsburgh has an online disaster preparedness https://www.coursera.org/learn/d​isaster-preparedness

what else do you have?

Email ThisBlogThis!Share to TwitterShare to FacebookShare to Pinterest
Labels: Go-KIT/Go-Bag

This is wonderful that a YL is on the front cover of QST.

Let's get more YL's on the front cover of QST.

QRV - we are ready

Email ThisBlogThis!Share to TwitterShare to FacebookShare to Pinterest
Labels: YL on QST

for those of you just getting interested in EME - Moonbounce operation,
there is a net operation every weekend where you can obtain additional
information or make schedules. The net starts aprox 1500 GMT on 14.345 Mhz
with 432 and above EME. It is followed by the 2 mtr EME net at aprox 1600/1700 GMT.
EME scheduling from the nets is done with the SKD program. SKD is freeware
developed by W9HLY, N1BUG and AF9Y. Here's the latest version: skd87a.zip (181K Bytes)

The data files for SKD87a are updated every Monday Evening by Brian Manns, W3EME.
You can contact him at w3eme@mtwirefree.net for automatic emailing each week or
you can download it here: vhfsched.skd (aprox 90K Bytes)

Email ThisBlogThis!Share to TwitterShare to FacebookShare to Pinterest
Labels: EME

Email ThisBlogThis!Share to TwitterShare to FacebookShare to Pinterest
Labels: YL net based out of UK

this is the best thing going for now. it is a full blown computer on a 2x2 board
HD audio
HD Video

1GB of memory and FAST

and very little $$$ compared to what you are used to!

here is a link to check it out:rasp pi 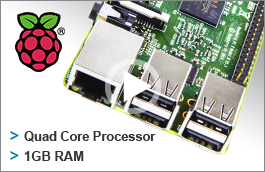 here are some I found on dxzone

to get the audio working for raspberry pi and linux:

install alsa a mp3 tool and wav to mp3 conversion:

then just use
>aplay xxxx.wav


there are a few Ham Radio Linux distributions for Raspberry pi:

for digital modes ham radio and linux you need a new radio or some type of tnc or analog to digital converter.

so there are a few: Rigblaster - by west mountain radio or signlalink by www.tigertronics.com/slusbmain.htm

Ham radio deluxe is only for windows you CAN run wine but good luck people say it works ok
but I prefer not to run wine ( I might as well run windows)
so programs i would suggest:
FLDIGI for most digital modes CW, rtty, psk
ECHOLINK echolink
VOACAP
ALARMEJT>alarmjt
FREEDV>that allows any SSB radio to be used for low bit rate digital voice.
MMTTY > rtty
MMSSTV> slow scan tv
WSTOOLS>Linux version of the JT44 and FSK441 communications protocols, usually described together as WSJT.
HAMLIB>HAMLIB LINK
ICOM> This program controls ICOM radio transceivers and receivers with the CI-V option.

Here is another video of YLRL member in VERMONT 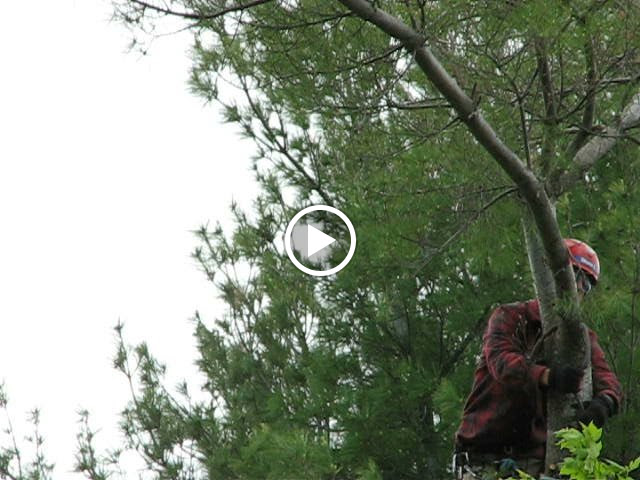 Email ThisBlogThis!Share to TwitterShare to FacebookShare to Pinterest
Labels: second video of W1MP YL in Vermont

Video of W1MP YL IN VERMONT

here is a video of Linda (W1MP) getting her antenna installed 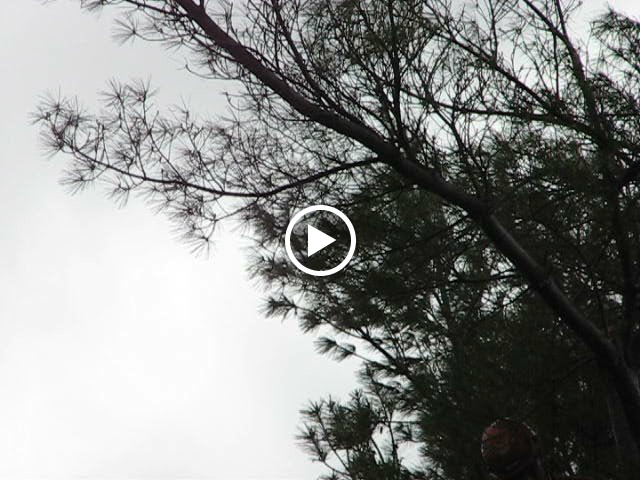 remember Linda W1MP is the only YLRL member in Vermont

Email ThisBlogThis!Share to TwitterShare to FacebookShare to Pinterest
Labels: Video of YL member in Vermont 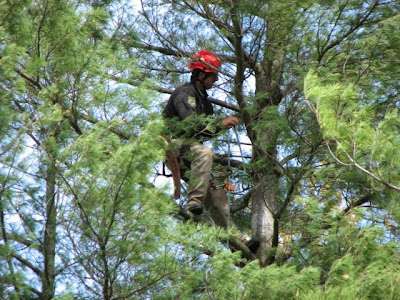 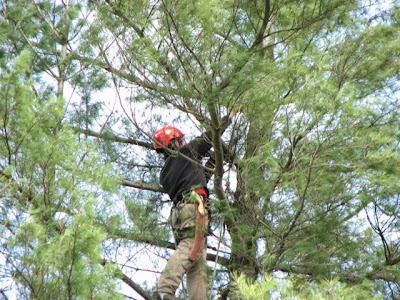 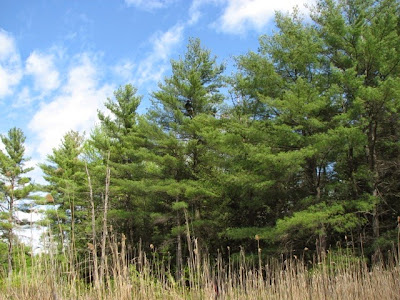 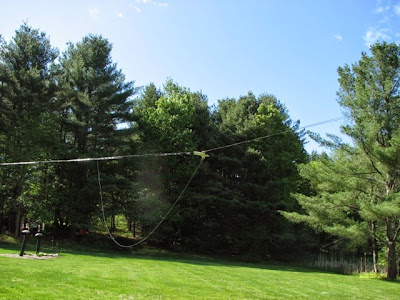 here are pictures from W1MP Linda in Vermont installation of her antennas..... NOW you SHOULD be able to have a decent QSO with her.
she is one of few YLRL members in Vermont.....

Email ThisBlogThis!Share to TwitterShare to FacebookShare to Pinterest
Labels: YL in Vermont Pictures

Email ThisBlogThis!Share to TwitterShare to FacebookShare to Pinterest
Labels: ARISS and SSTV Frequencies

How to work satellites with ham radio

Question: How did you setup your satellite station?

What do you use?
Radio, antenna, coax, computer

here is a make article i found... it is very clear and simple to understand
http://makezine.com/2009/07/22/catching-satellites-on-ham-radio/?thankyou=true


1. Specifying your location
Start by visiting Heavens-Above.com to check the orbit of the satellite you want to listen to and specify your location.

2. Specifying a satellite
Check the passes of your specific satellite or the ISS. AO-51, SO-50, AO-27, ISS. Make sure that the passes are shown for your correct location.
satelliteschart.jpg

4. Picking a good pass
Satellites orbit the Earth at all sorts of angles, some that are very close to the horizon and some that are directly overhead. It is much easier to hear a satellite that passes directly overhead. To find a good sat pass, check the Max. Altitude Alt. for a pass that is 45 or higher (the higher the better). In our example, the second pass at 7:28 looks like a good one since the Max. Altitude Alt. is 77. The first pass at 5:52 has a Max. Altitude Alt. of only 12 which is very close to the horizon and difficult to pick up.

5. Finding the frequency
Satellite repeaters work with two different frequencies, an uplink and a downlink. You will listen to signals received on the downlink. If you wish to transmit, you’ll need to program in the uplink frequency as well. Follow the corresponding links to find the FM repeater frequencies of the satellites. The frequencies often change, so be sure to check the websites for the latest updates. AO-51, SO-50, AO-27, ISS. Tune your radio to the downlink frequency and you’re ready to go outside and listen (example: 435.300 MHz FM).
satellitewhipantenna copy.jpg

Here is an audio clip from my first satellite contacts. The contacts seem to be going pretty slowly, but while I was making them, I remember everything happening very quickly. It was a lot to tune the radio and maneuver the antenna while trying to write down the call signs of the contacts.
dianaeng
dianaeng

Fashion + Technology
Diana was a contestant on Project Runway season 2, graduated from RISD, and currently lives in New York City.

Personally speaking, I get excited when the crew decides to send images from the ISS.
There is something about receiving pictures directly from the Space Station that almost
makes my hair stand on end. As with many other ARISS transmissions, SSTV also takes
place on 145.800 MHz. ARISS images are overlayed with the call sign NA1SS.
Most FM transceivers have an external speaker or headphone jack. To catch a
glimpse of these amazing images, all you have to do is attach an audio cable between
this jack and the LINE or MIC input of your computer sound card. The sound card will
convert the analog FM signal to digital data.

There is free software available that will decode the data and display the images on
your computer monitor. If you are a Windows aficionado, try MMSSTV at
http://mmham-soft.amateur-radio.ca/mmsstv/ , or the mul-timode program Ham Radio Deluxe
at www.ham-radio-deluxe.com (the Digital Master 780 module)
or MultiPSK(http://f6cte.free.fr/index_anglais.htm).

Whichever program you choose, be sure to select the Robot 36 mode when receiving
ISS images. Depending on signal strength, the images may be noisy, but they are
still a thrill to see